mlpack is an intuitive, fast, and flexible C++ machine learning library with bindings to other languages. It is meant to be a machine learning analog to LAPACK, and aims to implement a wide array of machine learning methods and functions as a "swiss army knife" for machine learning researchers. In addition to its powerful C++ interface, mlpack also provides command-line programs, Python bindings, Julia bindings, Go bindings and R bindings.

mlpack uses an open governance model and is fiscally sponsored by NumFOCUS. Consider making a tax-deductible donation to help the project pay for developer time, professional services, travel, workshops, and a variety of other needs.

The mlpack website can be found at https://www.mlpack.org and it contains numerous tutorials and extensive documentation. This README serves as a guide for what mlpack is, how to install it, how to run it, and where to find more documentation. The website should be consulted for further information:

If you use mlpack in your research or software, please cite mlpack using the citation below (given in BibTeX format):

Citations are beneficial for the growth and improvement of mlpack.

mlpack has the following dependencies:

All of those should be available in your distribution's package manager. If not, you will have to compile each of them by hand. See the documentation for each of those packages for more information.

If you would like to use or build the mlpack Python bindings, make sure that the following Python packages are installed:

If you would like to build the Julia bindings, make sure that Julia >= 1.3.0 is installed.

If you would like to build the Go bindings, make sure that Go >= 1.11.0 is installed with this package:

If you would like to build the R bindings, make sure that R >= 4.0 is installed with these R packages.

If the STB library headers are available, image loading support will be compiled.

If you are compiling Armadillo by hand, ensure that LAPACK and BLAS are enabled.

This document discusses how to build mlpack from source. These build directions will work for any Linux-like shell environment (for example Ubuntu, macOS, FreeBSD etc). However, mlpack is in the repositories of many Linux distributions and so it may be easier to use the package manager for your system. For example, on Ubuntu, you can install the mlpack library and command-line executables (e.g. mlpack_pca, mlpack_kmeans etc.) with the following command:

Note: Older Ubuntu versions may not have the most recent version of mlpack available---for instance, at the time of this writing, Ubuntu 16.04 only has mlpack 3.4.2 available. Options include upgrading your Ubuntu version, finding a PPA or other non-official sources, or installing with a manual build.

There are some useful pages to consult in addition to this section:

mlpack uses CMake as a build system and allows several flexible build configuration options. You can consult any of the CMake tutorials for further documentation, but this tutorial should be enough to get mlpack built and installed.

First, unpack the mlpack source and change into the unpacked directory. Here we use mlpack-x.y.z where x.y.z is the version.

Then, make a build directory. The directory can have any name, but 'build' is sufficient.

Options are specified with the -D flag. The allowed options include:

Other tools can also be used to configure CMake, but those are not documented here. See this section of the build guide for more details, including a full list of options, and their default values.

By default, command-line programs will be built, and if the Python dependencies (Cython, setuptools, numpy, pandas) are available, then Python bindings will also be built. OpenMP will be used for parallelization when possible by default.

Once CMake is configured, building the library is as simple as typing 'make'. This will build all library components as well as 'mlpack_test'.

If you do not want to build everything in the library, individual components of the build can be specified:

If the build fails and you cannot figure out why, register an account on Github and submit an issue. The mlpack developers will quickly help you figure it out:

Alternately, mlpack help can be found in IRC at #mlpack on chat.freenode.net.

If you wish to install mlpack to /usr/local/include/mlpack/, /usr/local/lib/, and /usr/local/bin/, make sure you have root privileges (or write permissions to those three directories), and simply type

You can now run the executables by name; you can link against mlpack with -lmlpack and the mlpack headers are found in /usr/local/include/mlpack/ and if Python bindings were built, you can access them with the mlpack package in Python.

If running the programs (i.e. $ mlpack_knn -h) gives an error of the form

then be sure that the runtime linker is searching the directory where libmlpack.so was installed (probably /usr/local/lib/ unless you set it manually). One way to do this, on Linux, is to ensure that the LD_LIBRARY_PATH environment variable has the directory that contains libmlpack.so. Using bash, this can be set easily:

(or whatever directory libmlpack.so is installed in.)

Alternately, if the query and reference datasets are the same, the problem can be stated more simply: for each point in the dataset, we wish to know the k nearest points to that point.

Each mlpack program has extensive help documentation which details what the method does, what each of the parameters is, and how to use them:

Running mlpack_knn on one dataset (that is, the query and reference datasets are the same) and finding the 5 nearest neighbors is very simple:

The -v (--verbose) flag is optional; it gives informational output. It is not unique to mlpack_knn but is available in all mlpack programs. Verbose output also gives timing output at the end of the program, which can be very useful.

If mlpack is installed to the system, then the mlpack Python bindings should be automatically in your PYTHONPATH, and importing mlpack functionality into Python should be very simple:

The API is similar to the command-line programs. So, running knn() (k-nearest-neighbor search) on the numpy matrix dataset and finding the 5 nearest neighbors is very simple:

This will store the output neighbors in output['neighbors'] and the output distances in output['distances']. Other mlpack bindings function similarly, and the input/output parameters exactly match those of the command-line programs.

If you find a bug in mlpack or have any problems, numerous routes are available for help.

Github is used for bug tracking, and can be found at https://github.com/mlpack/mlpack/. It is easy to register an account and file a bug there, and the mlpack development team will try to quickly resolve your issue.

Lastly, the IRC channel #mlpack on Freenode can be used to get help.

Kubeflow is a machine learning (ML) toolkit that is dedicated to making deployments of ML workflows on Kubernetes simple, portable, and scalable.

SDK: Overview of the Kubeflow pipelines service Kubeflow is a machine learning (ML) toolkit that is dedicated to making deployments of ML workflows on

STUMPY is a powerful and scalable Python library for computing a Matrix Profile, which can be used for a variety of time series data mining tasks

STUMPY STUMPY is a powerful and scalable library that efficiently computes something called the matrix profile, which can be used for a variety of tim

Vowpal Wabbit is a machine learning system which pushes the frontier of machine learning with techniques such as online, hashing, allreduce, reductions, learning2search, active, and interactive learning.

UpliftML is a Python package for scalable unconstrained and constrained uplift modeling from experimental data. To accommodate working with big data, the package uses PySpark and H2O models as base learners for the uplift models. Evaluation functions expect a PySpark dataframe as input.

A library of extension and helper modules for Python's data analysis and machine learning libraries.

Petastorm library enables single machine or distributed training and evaluation of deep learning models from datasets in Apache Parquet format. It supports ML frameworks such as Tensorflow, Pytorch, and PySpark and can be used from pure Python code.

QuickAI is a Python library that makes it extremely easy to experiment with state-of-the-art Machine Learning models.

QuickAI is a Python library that makes it extremely easy to experiment with state-of-the-art Machine Learning models. 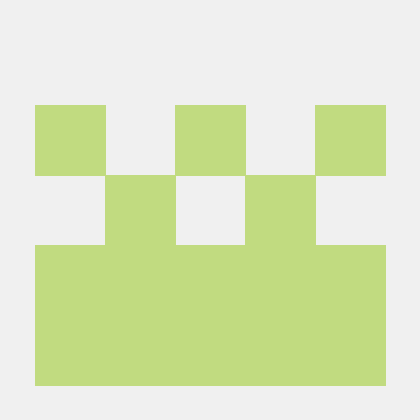 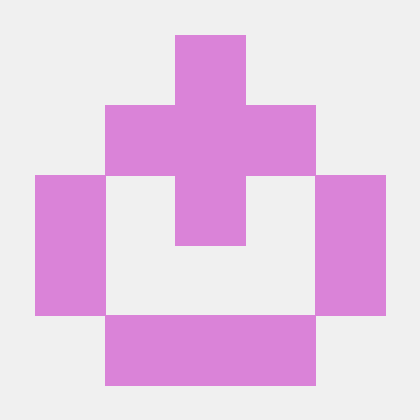